Special Projects in the Works:

At any given time, I will be working on a half-dozen consulting or development projects. The following list is a representation of pending projects:

All apartment information has been culled by Todd Clarke CCIM as part of the NM Apartment Report Database. Looking for special information? Call us for a specialized Report.

The City Council Finance and Government Operations Committee votes in favor of the bond ordinance, and an amendment, but immediate action is not granted.

As a board member for Encino Houses, our board has decided that aggresively pursue the acquisition and development of new properties to serve the elderly.

Marketed by Todd Clarke CCIM and Terrie Hertweck CCIM, This once famous landmark has recently been the site of a heated purchasing battle between Kelly’s Liquors/Brew Pub and Bernalillo County. Click here for a flyer and basic info Misinformation began early on – read this Fall 1998 Albuquerque Journal piece on what the buildings future might be. Read what the Albuquerque Journal , Albuquerque Tribune , and the Editorial Page all had to say about the future of the property. Even the Weekly Alibi has joined the fray with a scathing editorial of the County Government.8/2/99 – Commisioner Rutherford has written an Opinion-Editorial in the New Mexico Business Weekly.

8/12/99 – Another salvo is fired – County battles back using NMBW as their spearhead – read the article here .

8/26/99 The Tribune runs a point vs. counterpoint article – Read what the On the best use for Jones Automotive

9/1/99 Jim on the Afternoon show of 770 KOB runs the entire show on this topic – Dennis Bonfaintaine and Commisioner Rutherford square off.

9/2/99 Another editorial by a local neighbor

9/21/99 Kelly’s has officially closed on the property and begun renovations.

9/24/99 The Albuquerque Journal prints an editorial in support of Kelly’s.

TV KOB 4 KOB announces that Kelly’s liquors will be taking the County to court, to obtain a restraining order preventing condemnation.

9/27/99 Larry Ahren’s morning show spent an hour on the pending lawsuit and the County’s special hearing tonight to discuss the issue.

9/28/99 The Albuquerque Journal reports that Kelly’s takes the County to court to seek an injuction delaying the County’s condemnation.

from the new building.

9/29/99 The Albuquerque Journal Business Section covers the story – judge does not give Kelly’s injuction to prevent the County from condmneing the property.

10/1/99 The Albuquerque Journal prints an editorial from Todd Clarke CCIM & Terrie Hertweck CCIM, as representatives of the sellers.

Mini Editorial – Property Grab Appalling – As I READ and listen to the accounts of the (Jones Motor Co. building) controversy, I am appalled at the actions of our elected county officials. Their under-handed, power-happy, vindictive approach does not reflect the opinions of the majority of their constituents. Since when does county government have any business confronting the efforts of an entrepreneur to make an honest living? Maybe it’s time to reconsider the merger of the city and county governments.and send county (officials) to an early retirement. Dennis Mansell – Albuquerque

10/14/99 The Albuquerque Journal Annouces The County has purchased a Facade Easement from Kelly’s for $80,000 – preserving the outside intergrity and historical value of the building – followup stories on 770KOB, and Channel 4 News.

10/18/99 The Albuquerque Journal Editorial Hoist Beer Mugs to the new Nob Hill Partners! – Thanks both parties for a successful resolution.

12/30/99 The Albuquerque Journal Reports The County plans to spend their money elsewhere – but wants to wait and be sure that Kelly’s is finished.

The City of Albuquerque has designated the area outlined in this map as an area that is in need of redevelopment.

The following link provides you with a detailed inventory of activity in this area .

Click here to download an Excel spreadsheet containing a list of Expenditures on these projects. Albuquerque Journal – Runs an article on a landlord in the area highlighting who has a problem property.
area .

The Albuquerque Journal ran an article highlighting one of the programs in this area sponsored by GHAP Harrison Higgins of Planning Technologies, Bill Moy of the Star Group and Todd Clarke CCIM of Grubb & Ellis|Lewinger Hamilton Inc. , have been selected to assist the City of Albuquerque in designing a action plan to take to assist with redevelopment in this area. Check back during the next few weeks for updates on meetings and other info as the plan unfolds.

This attractive garden style apartment community, recently underwent a severe decline in occupancy thanks to lax property management and an absentee owner. The new purchaser has made renovations to the property and implemented a “RENT TO OWN” program for the residents making it easy for them to become owners of the final product Condos Click here for a flyer See what the Albuquerque Journal had to say 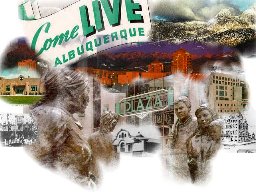 Albuquerque offers a unique opportunity to an astute developer. Drawing on its cultural diversity and its international recognition as Mecca of enchantment, Albuquerque has been successful in recruiting quality businesses to its market, while avoiding the boom frenzy of other southwest markets.Nationally, downtown renovations have become the trend of the 1980’s and 1990’s and have rebuilt the “community feeling” of many large metropolitan areas. The same process has also allowed otherwise blighted areas to be redeveloped into some of the most expensive real estate in America.

Downtown Albuquerque is one of the last of the major metropolitan areas to undergo a significant renovation and re-gentrification. As such, it can assimilate the best other markets renovations, while avoiding the costly mistakes made in some markets.

The Government of the City of Albuquerque has decided to take a proactive stance on redeveloping downtown. In the 1980’s and early 1990’s the City of Albuquerque assembled miscellaneous small lots in the downtown area with the intent of assembling these parcels into larger developable tracts of land, or redeveloping smaller pieces into “niche” real estate that serves both the needs of the community and the surrounding neighborhood.

September 13, 1999 – at the Finance Committee Meeting – Bill No. O-111, Authorizing Issuance and Sale of Metropolitan Redevelopment Bonds (Villa de San Felipe Apartments Project) Series 1999 to Provide Funds to Finance a 160-Unit Affordable Housing Apartment Complex (Hundley) Recommendation that it be sent to the full Council Without Recommendation By a vote of 4 FOR AND 0 AGAINST

December 1997 – Market Study Info Completed by Todd Clarke CCIM
The following information is pulled directly from the Market/Feasibility Study performed for the City on downtown housing for this site:

Executive Overview
Tenant Amenities
Financial Analysis
Rent Comparables
Siteplan
ADC Powerpoint Presentation – Summary
Staff Report
After our market study was completed, the City of Albuquerque utilized that study in creating a Request For Proposal (RFP) from local, regional, and national multi-family developers. As of August 1998, the City has narrowed down the field of developers to two main proposals. One proposal calls for 40 units to the acre and a plan very simliar to the adjoining Alvarado Apartments, while the other proposal calls for 60 units to the acre, and would match the urban feel on the new Social Security Administration Building, and the Alvarado Apartments. Update – October 20, 1998 – The Albuquerque Devleopment Commision in a 3-1 vote has selected Tesch Development as the developer for the 140 unit apartment community. For more info on the competing designs – Click on the above Summary Power Point Presentation. 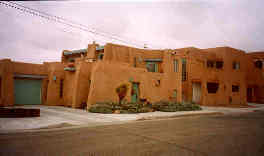 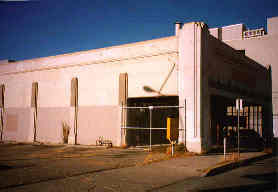 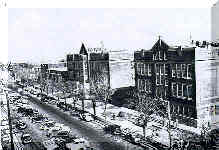 The Proposed Siteplan For the site can be found by clicking here. 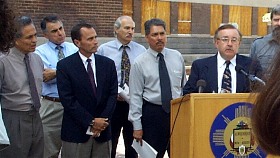 The Mayor’s press conference announcing the completion of negotiations with our team who was represented by Rick Davis – and the Albuquerque Journal followed up with a small editorial on the deal, recommeding City Coucil Approval. The Council will take action on Bill No. R-258, Approving Development Agreement for Old Albuquerque High School and Appropriating Funds for Redevelopment (Hundley) ( Here is the agenda for the 9/20/99 meeting Meanwhile, the Albuquerque Journal ran a supporting editorial

July 1999 Update – Our development team and the City are currently negotiating a development agreement for the project, and working to reduce the total development cost. It is anticipated that the development could be in front of the City Council by this fall for approval.

June 1998 Some 20 years after its last use, the City of Albuquerque has gained control of a majority of the buildings on the old high school campus. After a length selection process, the City is in final portion of Stage II of the RFP – selection of developer to save the school. As the RFP process prohibits anying lobbying for either developer, and as I am on one of the development teams, the information on this conversion will be limited until such time as the City selects a final developer – please comeback in the future (maybe early Oct.) for updates. 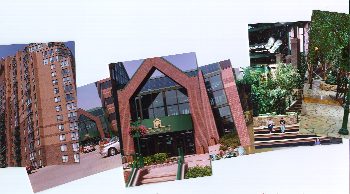 The developer/buyer of the site – Kaufman & Broad has been selected to receive 9% low income housing tax credits for the site. Closing is scheduled for November 1999 with construction to begin shortly thereafter. The community is planned to have 96 units (in Phase I) and will be tenatively called Aspen Plaza.

January 1999 – Through negotiations between our office and the Sacremento Grubb & Ellis Office – The seller (Lovelace Research Institute) puts together a deal using our feasibility study with Kaufman & Broad Multi-Housing Group to develop the site for multi-family using tax credits.

December 1998 – We are currently wrapping up a due-dilligence report and market study on the one of last prime parcels of Apartment Land for development. Located just north of the Gibson entrance to KAFB, and on Louisiana this 5.8 acre parcel of land is due north of the new Vietnam Veterans Memorial and South of the Phil Chacon Police Station. Please comeback to this page in the next couple of weeks for more information on Albuquerque’s newest Retirment Style Apartment Community.

NE Heights Infill – one solution is to allow the City to purchase and redevelop the property as was done with this parcel located on the SEC of Montgomery and Spanish Bit (just east of Tramwway).